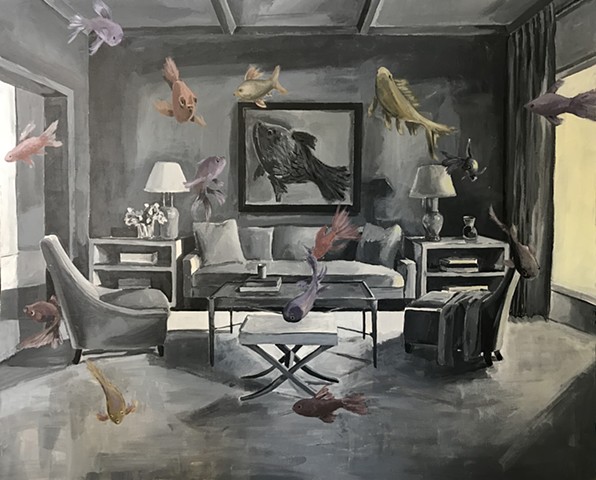 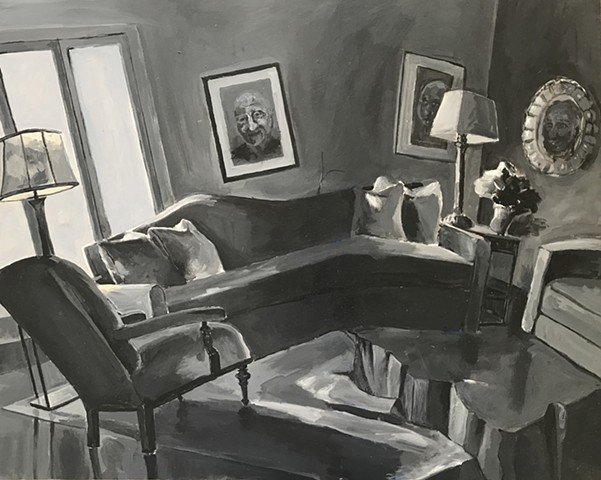 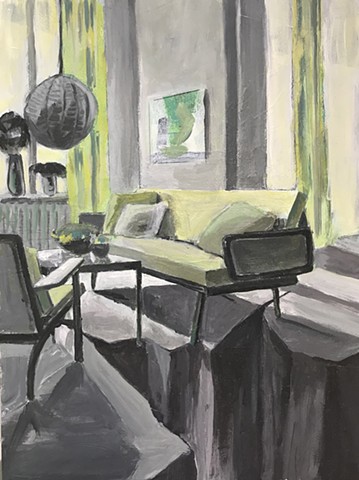 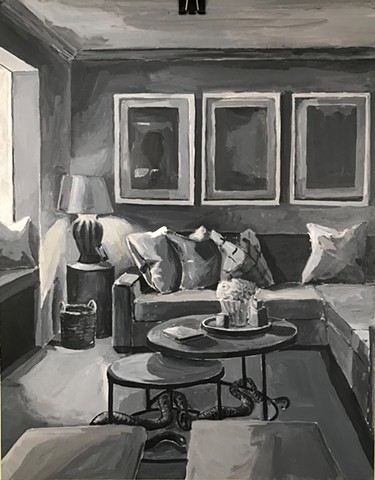 Snake in the Grass
Acrylic on Panel 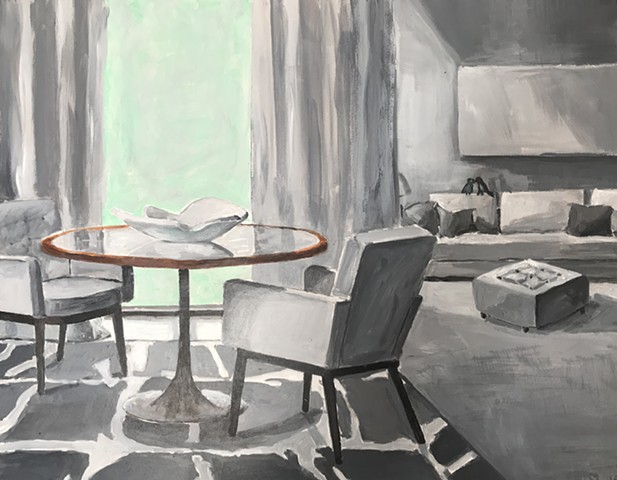 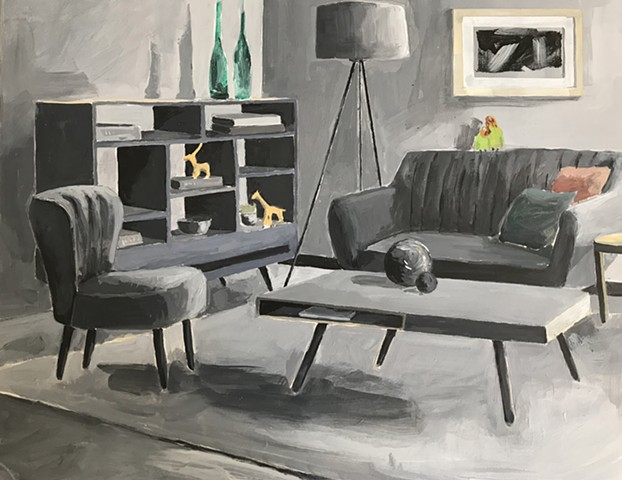 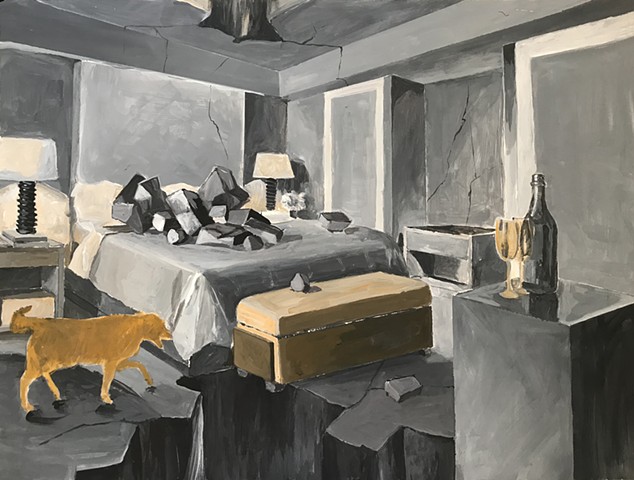 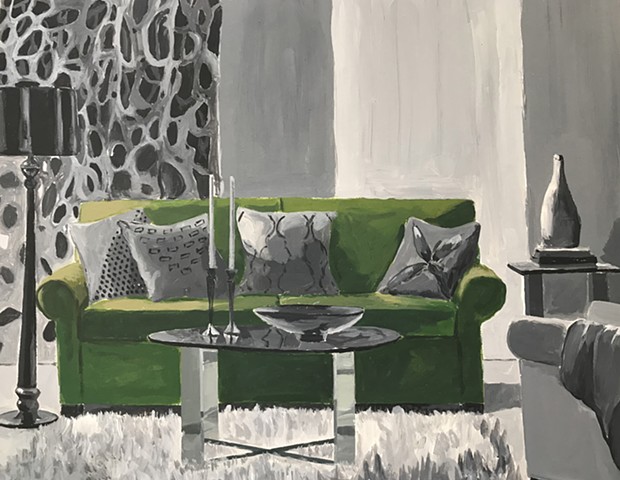 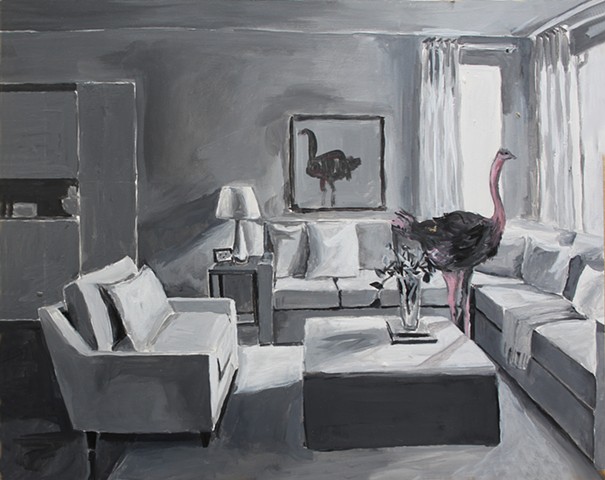 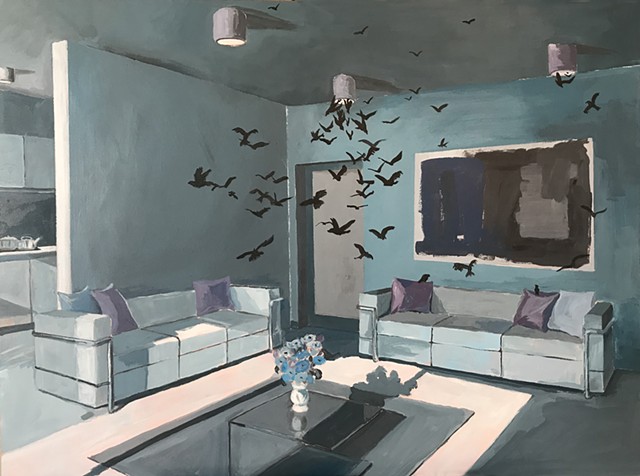 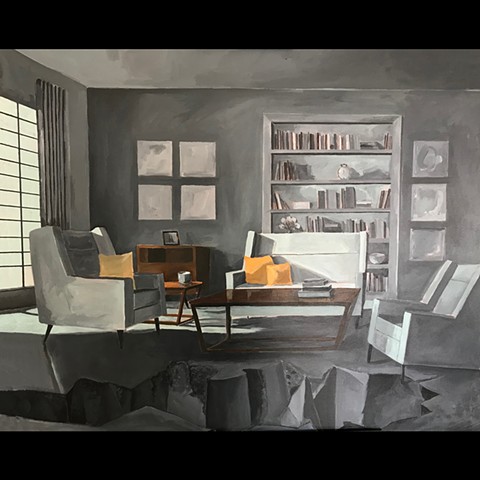 Everything will be ok
Sold
Acrylic on Canvas
24 x 36 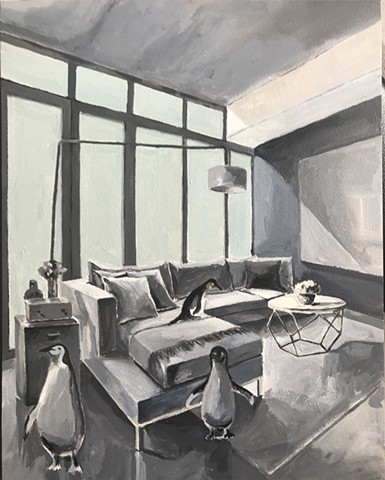 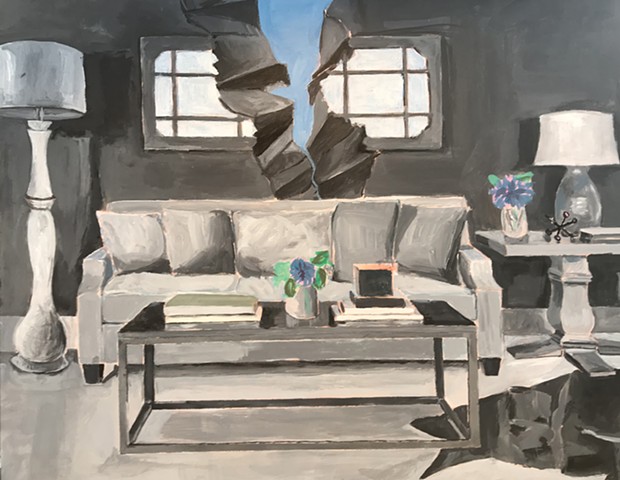 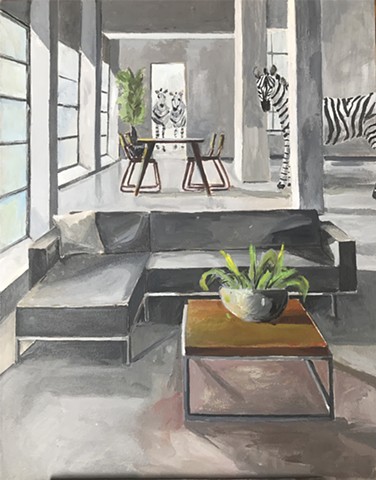 This series of paintings began with an ad image torn out of the New York Times magazine. It may have been trying to sell me a couch or rug or lamp. I admired and longed for the stylish, quiet and clean interiors. These pristine rooms didn’t seem real or related to most people’s actual life. They produced an unrealistic expectation of how to live one’s life and created a feeling of inadequacy. Our lives would never measure up to the perfection shown in the ads.

I decided to paint the image using a black and white palette. The addition of silhouetted shapes of dogs and cats reference my previous cut paper installations and used stencils from that work. The flattened figures of the animals alluded to my pets, both here and gone. I started to add more uncommon animals that would not usually be roaming your home; birds, geese, deer, wolves, rabbits and fish. Putting these creatures in an unnatural environment created a feeling of anxiety or humor depending on your point of view.

Some of the images suggest the state of the country and the anxiety we are feeling in dealing with the major issues of the day, the sense of our world on shaky foundations and not able to support the systems we thought were solid. The sky is falling, the earth is crumbling and no one is safe. Staying home now, for most of us, more than ever is a concept that denotes safety and security. The mistrust, suspicion and unpredictability of the news cycle is a reminder of this. The sadness and uncertainty, the daily unease and the ultimate heartache are depicted with a literal hole in the ground or cliff edge.